Every year, IMG (International Motorcoach Group) operators honor one of their own, by awarding one IMG motorcoach company the prestigious accolade of: Operator of the Year.

In selecting the "Operator of the Year," IMG operators nominate companies that they believe represent the core values of IMG - customer service excellence, commitment to safety, maintenance and training plus participate actively not only in IMG but the wider motorcoach industry.

Those nominated, go to a smaller panel that consists of the past three year's recipients of "Operator of the Year" who make the ultimate decision.

Working with our partners at Turbo Images, a very unique motorcoach design, embracing signature travel images from the region, is unveiled at the Awards Dinner at the Annual Strategic Alliance Meeting, which was held this past week in Nashville, Tenn. 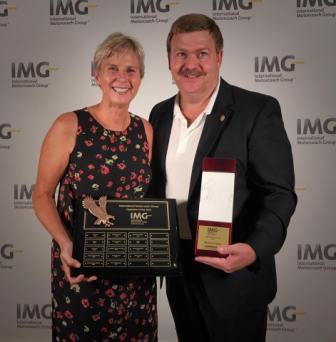 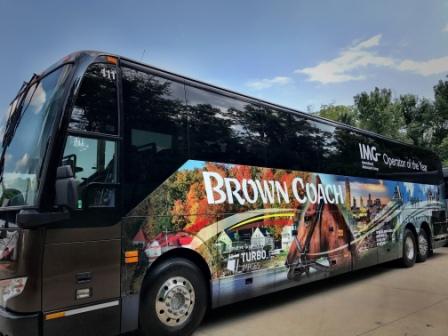 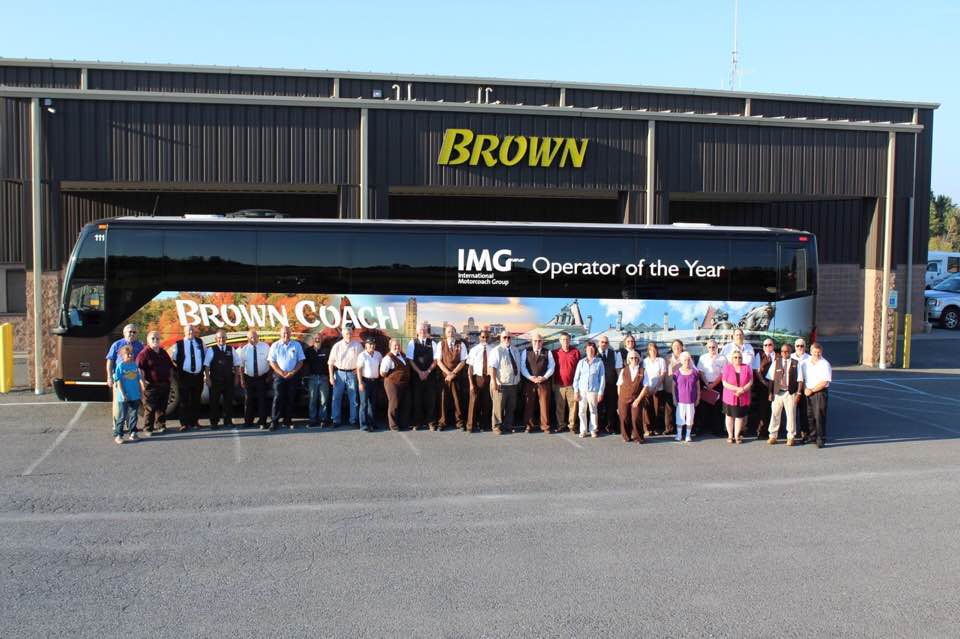 Charter one of our luxury coaches to take your group anywhere in the U.S. and Canada.

To apply to Brown Coach - you may print out our application form, print and mail it to us or drop it off at our office.

Brown Coach is happy to provide access to our Company Snapshot on the Federal Motor Carrier Safety Administration (FMCSA) website. To view our up-to-date profile in their SAFER system, please click the link below and search using any of the following criteria:

Note: This link will open in a new tab/window on a third-party website.